Do I have to ride a Yamaha to take this school?
Heck no! We like to say; “Any rider, with any bike, on any road.” If you are bringing your own bike, as long as it has two wheels, we can help you ride it better. Keep in mind, if you have a cruiser with little ground clearance, reach out to us to see what class it would best fit in.
What are the prices?

Tuition: $3480 (Includes breakfast and lunch for both days and dinner the night in between).
Motorcycle Rental (limited bikes available, rentals include fuel and damage excess cap of $5000):

Motorcycle Rentals. Are bikes included? Should I ride my own bike or rent yours?

Motorcycles are not included. They are options.

The benefits of renting one of our bikes are as follows:

The benefit of using your own bike.

*If we had it our way, everyone would use our bikes, no one would ever tip over, and we would always have enough bikes for everyone, wherever we went. Unfortunately, it doesn’t work that way most of the time so we try to be flexible and give you the choice.

If you bring your own bike, we will need to check it. We don’t make you take up stuff, change coolant, or safety wire but we do want motorcycles to be safe. You can’t have anything leaking, anything falling off or loose. Tires need to have air IN them and tread ON them.

It is not required but we highly recommend a brake light and a kickstand. They will make life easier and increase the level of your education.

Our cancellation policy is probably more strict than a typical track day.  Track Days are low price/ high volume so a few empty seats here and there won’t hurt too bad.  With our higher price and lower volume, we could not afford to be too open with our cancel and reschedule policy so please read and understand we stick to this pretty strongly.  Keep in mind, that due to our small size, we do try to work with you as best we can without hurting our ability to do a good job and stay in business.

Inside of 60 days:   There are no cancellations or rescheduling allowed inside of 60 days.  The only exception is if you or we can find someone to take/purchase your seat.

Cancellation and reschedule requests must be made by emailing YCRS@bhh.com.sg

What kind of schedule does a typical YCRS day follow?

ChampSchool, our full two-day experience, is more dynamic based on the track, the students, and can vary.  Come in on day one about 7:30 to get checked in as we will start talking at 8 am.  We will typically be heavy on the lecture on the first morning but our lecture is often held in a parking lot with motorcycles.

We will look to get on track after lunch on day 1 so gear is not required first thing in the morning.

We provide lunch and continental breakfast on both days and will break at lunch on day one for an hour and combine our video review with lunch on day two.  On the night of the first day, we stay together, review video after we are done riding and dine together at the track.

Day two gets going at 8 am and track time runs until about 5 but as with all of our programs, our instructors are watching you more than the clock.  We run until everyone gets what they need and then do a little graduation ceremony before signing off.

What should I wear?

We recommend riding base layers but many just come in shorts or biking shorts. Be comfortable and be able to slip in and out of leathers easy. Also, watch the weather and adjust accordingly.

How did YCRS start? Where did it come from? Where is it going?

YCRS started as the Freddie Spencer High-Performance Riding School in Las Vegas in the mid-1990’s.  If you don’t know, Freddie is a multi-time World Champion, the youngest world Champion in history before Mark Marquez, and still the only rider to win the World Championship in two different classes in the same year.

Freddie was one of the first thinking World Champs to put his processes together into a curriculum that has become our Champions Habits.  (The techniques of the best riders in the world). When Freddie retired from teaching, his right-hand-man, Nick Ienatsch took over the school, moved it to Miller Motorsports Park in Utah, and got sponsorship from Yamaha.  This began the Yamaha Champions Riding School.

Nick, with help from Ken Hill, began to expand on Champions Habits and a five-year run at YCRS in Utah. During this time they watched their students go on to have long, safe riding careers and racers rise to the top of the sport. In 2013, Miller Motorsports Park lost their owner and founder causing chaos regarding ownership and direction of the track and facility.  A former graduate heard about the drama and decided to step in.

So with the help of Keith Culver from Evolution Racing’s youth development program and Limore Shur of eyeball NYC (A successful marketing and branding firm with roots in the motorcycle industry), Joshua Siegel put up the funds to bring YCRS to New Jersey and make Nick, Keith, and Limore partners in a program that he called, “Way too good to let go away.”  In 2014, YCRS v2.0 was born at NJMP.

In the winter of 2014, instructor Chris Peris invited YCRS out to Arizona where he is a member at Inde Motorsports Ranch to do some winter training. After a hugely successful winter, YCRS decided Inde Motorsports Ranch (called Americas Motorsports Oasis) was where they needed to be every winter so they merged the Peris Riding School into CRS and made Chris a partner.

YCRS now runs two divisions, east, and west, as well as programs at multiple other tracks.  They have also added the Yamaha Champions Sportbike Demos to their business model where they take brand new Yamaha sportbikes and visit track days around the US letting participants to test ride the incredible machines on the track.

In the future, YCRS plans on expanding upon their street riders program to teach champions habits without the need of a racetrack as well as entering the world of online coaching.

What is the registration and payment process?

All registrations are done online.

Payment details will be provided at the point of registration.

What are the minimum rider qualifications? I’m not a racer, is this school for me?

We like to say at YCRS that there is only one requirement to learn from YCRS is Desire!  Desire to learn how to ride a motorcycle the way the best riders in the world ride will get you very far in this sport.

We do want you to be able to at least ride a motorcycle in a parking lot at low speeds.  If you take off, shift the gears, slow down and come back, you qualify.  We actually like newer riders that we don’t need to un-teach bad habits.  We have taught first-time riders before but we don’t want to hold up the rest of the class so prefer you can at least do the basics.

Depending on location and time of year, we usually have more street riders than racers in our class and have even added an adventure bike to our fleet.

What are the Safety Gear requirements?

We strongly recommend Back and Chest protectors to be used as well, but they are not compulsory

What are the Motorcycle requirements?
Do we ride in the rain?

It’s always the student’s choice to ride in any conditions, but yes, the school will continue in the rain.  Refunds or reschedules due to weather are not permitted as long as the schools is running.

Guest, visitors, and family policy. Can they come and can they take pictures?

Yes they can.  We’re not secretive, we’re not G6-Classified.  We’re not worried that your mom is taking pictures to start her own motorcycle school.  We want people to see how the best riders in the world ride and create a safer sport.

The catered lunches and snacks are for paying students. We can include the lunch for your family and guests for a fee. Write to us and let us know how we can help with this! ycrs@bhh.com.sg .

Crash Policy… What happens if I crash? Who covers damage?

If you’re hurt or your bike is un-repairable, you’re done riding for that school. If you’re okay, understand why you fell down and we can fix your bike or have another one handy, we’ll get you back on track.

Any student who crashes our rental bike is responsible for the repair costs. We all make mistakes and the YCRS crew knows that you came to ride, so we’ll do our best to get you back on a bike if you know and understand why you fell.

Payment for any damage is due that day.  We cannot put you out on another bike until we know you can cover the cost of the damaged one.  It’s just common sense and without this policy, we would be out of business.

Any student who crashes is responsible for the repair costs to get the damaged bike (or gear) back to 100%.

Heck yeah! Twenty- to fifty-percent of each school will be women riders and we have facilities to make anyone comfortable. We have Yamaha’s MT07 and MT03 if your inseam is short, or you can attend on your own bike. We encourage husbands and wives to attend together as well as fathers and daughters.

Travel Reccomendations? How do we get there and where should we stay?

Sri Enstek is a no frills and very economical choice and is 15 minutes away from the Circuit. You may download and use the GRAB application to arrange for taxi service to the circuit.https://www.srienstekhotel.com.my

Is there anything I can do to prepare for YCRS?

Yes. Work on your fitness, especially core strength. Stretch a lot. Read Nick Ienatsch’s Sport Riding Techniques.  Get on our YouTube channel and study the information. Bring desire and an open mind.

I am a Motorcycle Safety Foundation (MSF) school graduate. What is the YCRS/MSF connection?

The Yamaha Champions school is an MSF-recognized Tier Three school, the only one in the country. This means that the riding education you began with the MSF Beginning and Advanced courses will be continued with your time at YCRS. 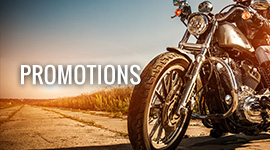 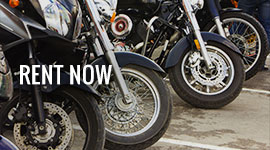 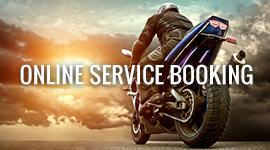 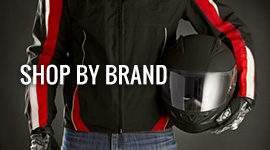 Sign in Create an Account
Lost your password?
Select the fields to be shown. Others will be hidden. Drag and drop to rearrange the order.
Click outside to hide the compare bar
Compare
Compare ×
Let's Compare! Continue shopping